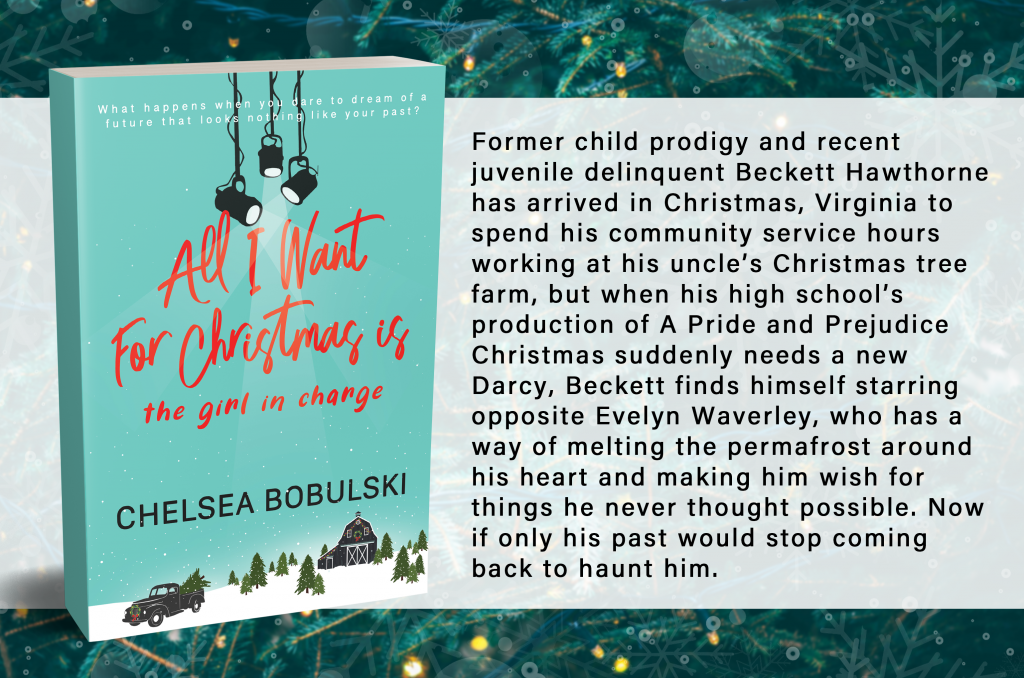 It's the holiday season in this young-adult contemporary romance, and all Beckett Hawthorne wants is to make his way across the country and try to find some semblance of a life that looks nothing like his past...until he meets Evelyn Waverly. Evelyn Waverley, Christmas High's Senior Class President, volunteer at every Christmas charity drive, and basic overachiever, has a problem - she's co-directing and starring in her dream role as Elizabeth Bennet in her high school's production of A Pride and Prejudice Christmas, but Greg Bailey, the boy who was supposed to play Darcy, broke his leg.Enter Beckett Hawthorne, Aunt Bee's nephew, former child prodigy, and recent juvenile delinquent. Beckett has arrived in Christmas, Virginia to spend his community service hours working at his uncle's Christmas tree farm, as well as to get away from his heroin-addicted mother and abusive stepfather.Of course, Beckett doesn't have any interest in the role of Darcy either, but when he (mistakenly) mentions the play to his social worker, she presses him to do it. He agrees to play Darcy, not expecting Evelyn's joyful attitude about life and all things Christmas to melt the permafrost that has formed around his heart. Soon he finds himself imagining a very different kind of future, one that is filled with the sorts of things he always thought were too good for him: hope, love, family...Now if his past would only stop coming back to haunt him.